Be a part of the movement to increase visibility of the LGBTQIA+ community, celebrate diversity, and unleash fabulous creativity in Northeast Iowa!

Donate To Pride
Join the Parade

We're excited to welcome you to Decorah Pride Festival, Oct 1, 2022!

Though June is the traditional month for LGBTQA+ Pride festivals (stemming from the first ones in New York City, Chicago, Los Angeles, and San Francisco on June 28, 1970, that were organized on the first anniversary of the Stonewall protests), in Decorah, we schedule ours in October to make sure Luther College Students are back and can join.  Plus, National Coming Out Day is in October so it’s a great time to join in the community as we celebrate diversity, increase visibility for the LGBTQIA+ community, and unleash some fabulous creativity.

join as we begin the fest! 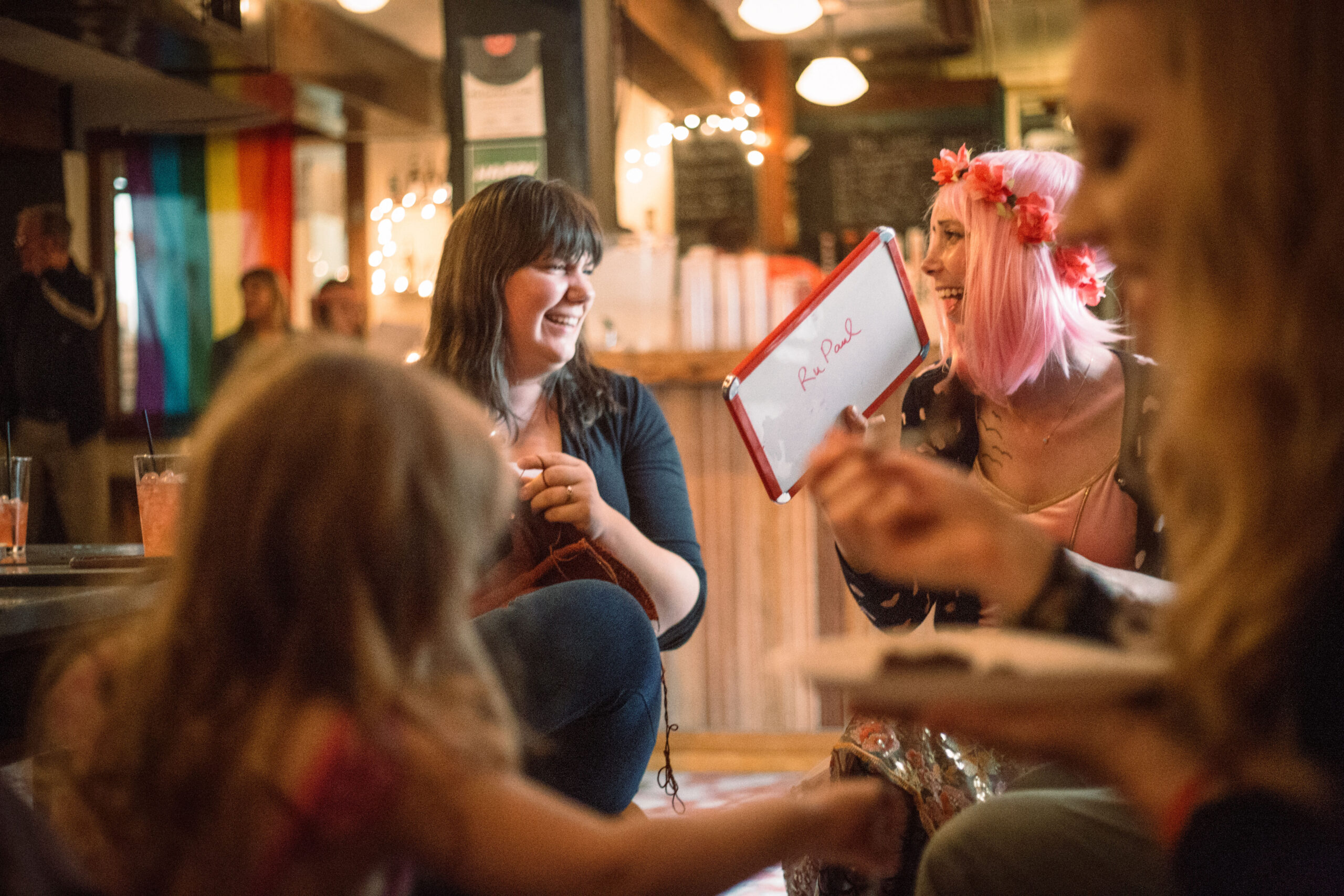 Grab a lawn chair then get a team together or join one when you arrive as we all test our knowledge of important history, culture, and contributions of LGBTQIA+ folk during 3 rounds of trivia. Check out the FAQs for Trivia here. 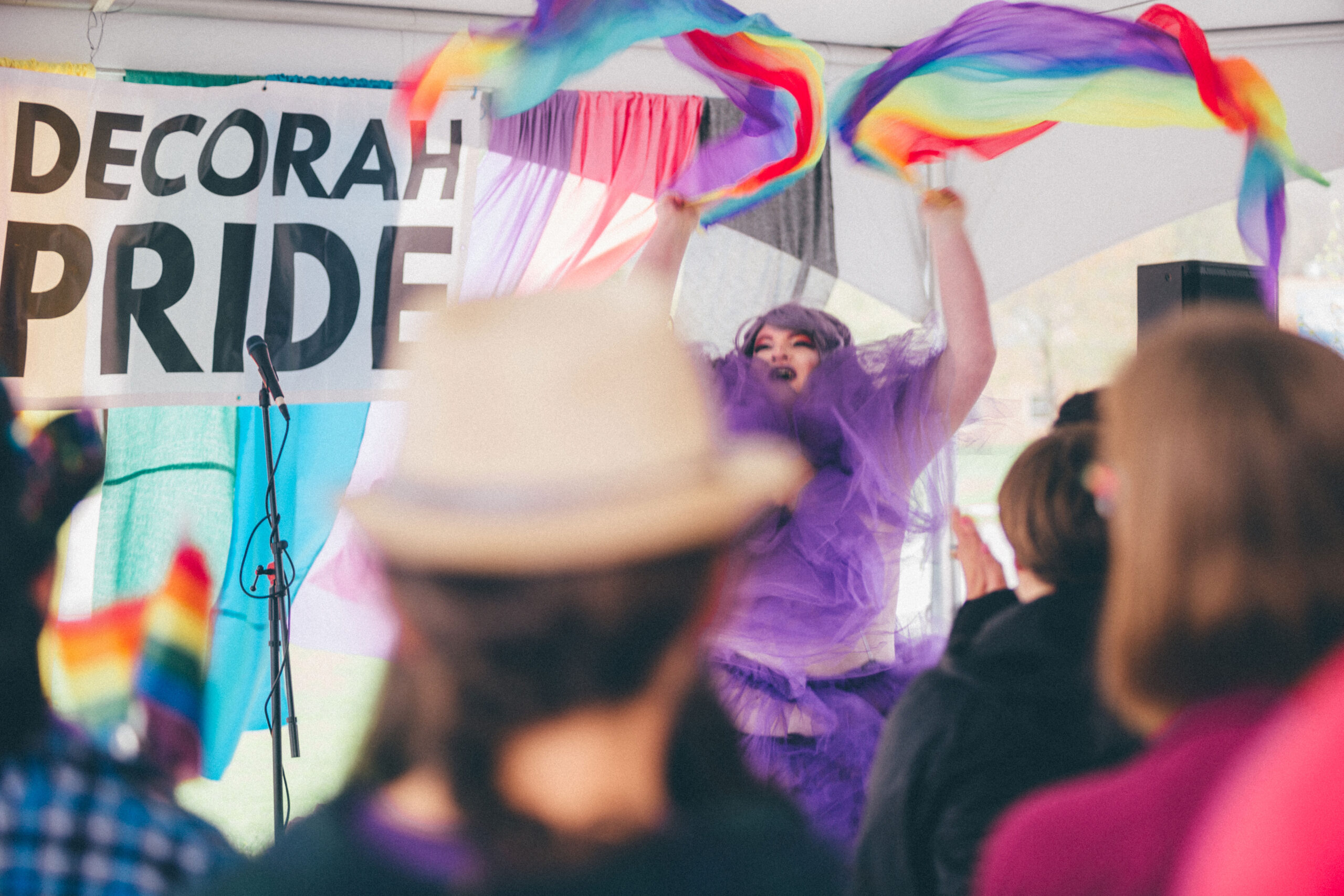 Get your tickets and join with ArtHaus to welcome the Queens to Convergence’s Back Patio.  Come early for happy hour, and be prepared to dance it up with the performers under the stars.  Funds raised benefit ArtHaus and epic creativity. 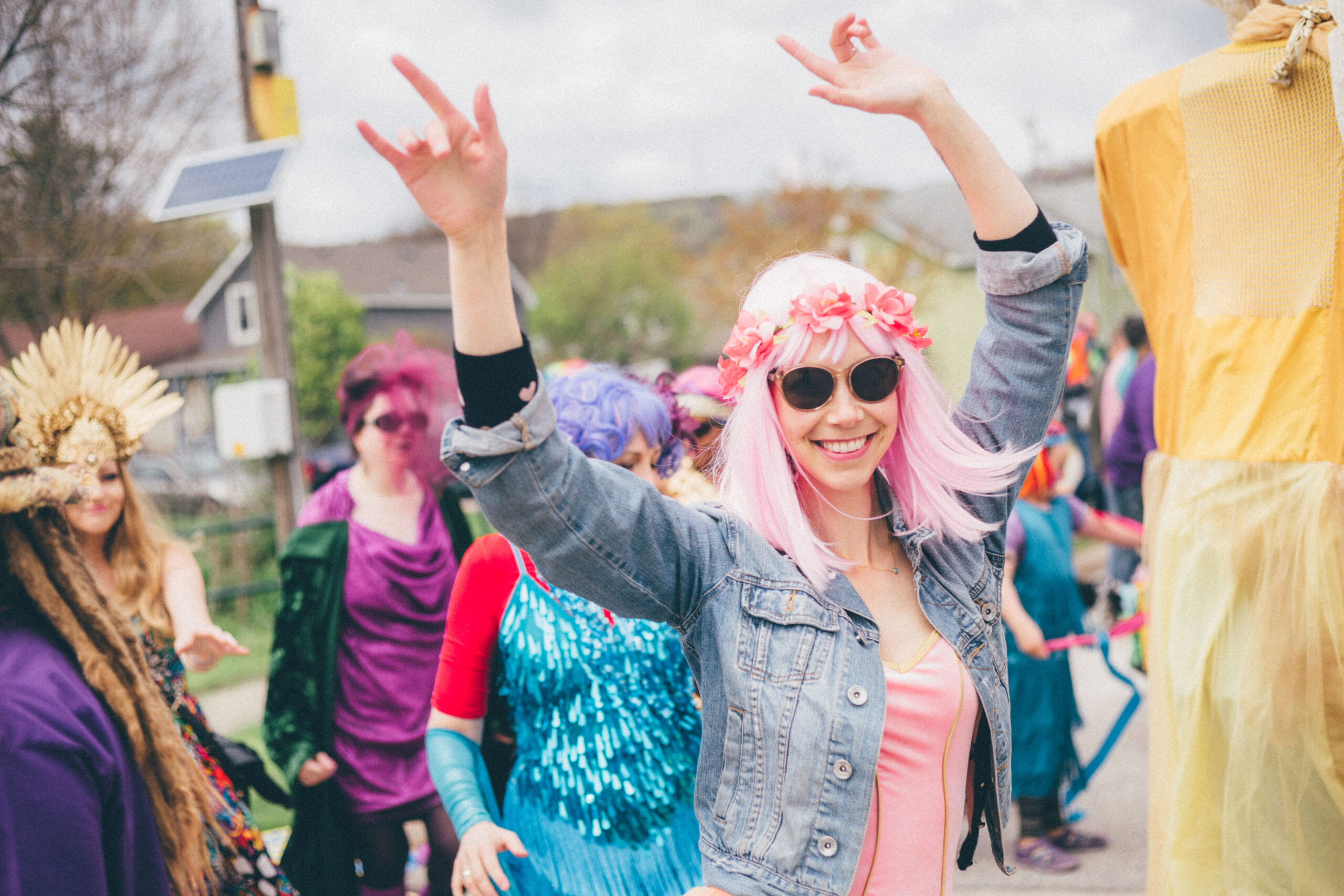 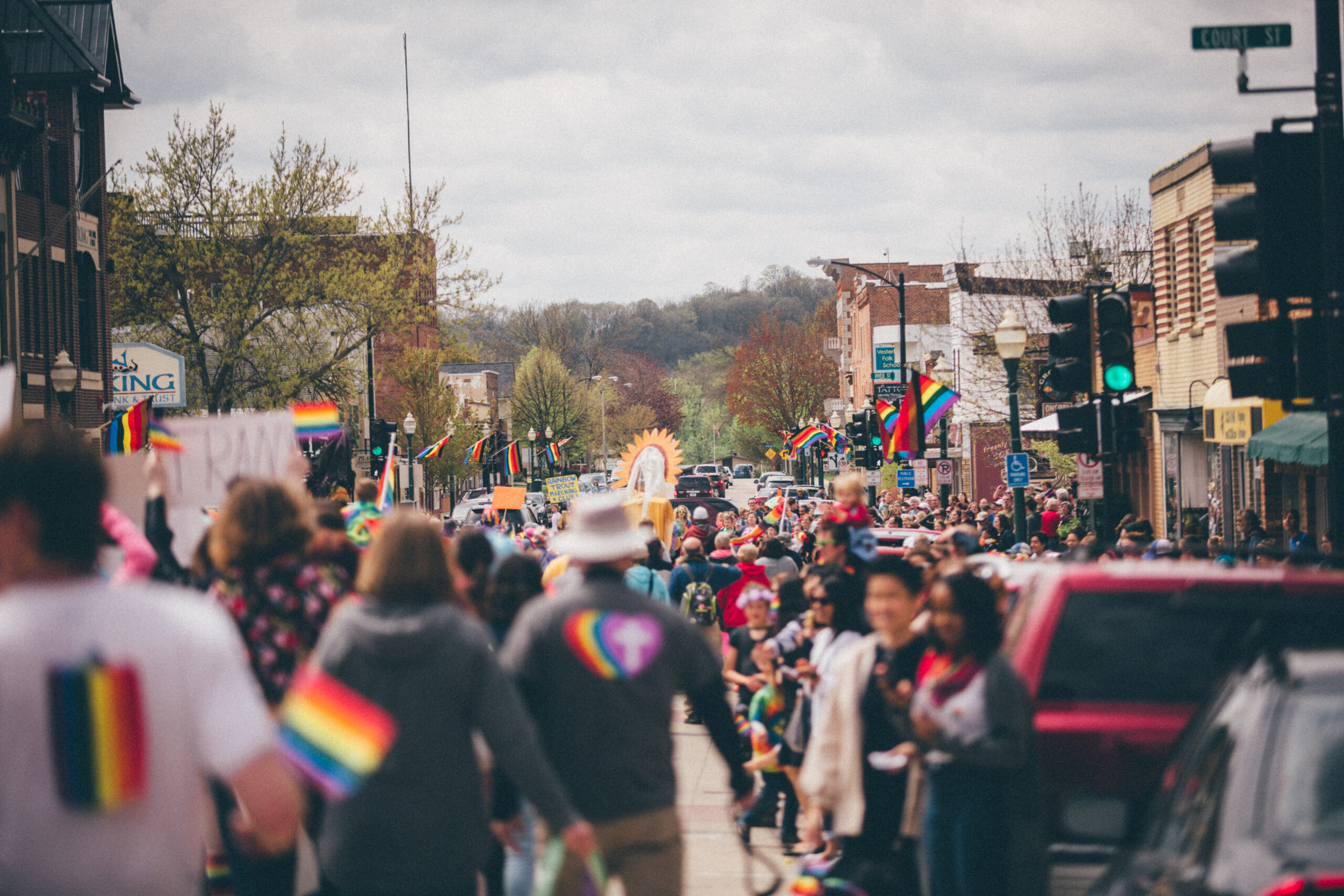 The festival begins with a parade at 3 pm down Water Street.  Join the parade or cheer from the sidewalks on Water St. to celebrate diversity, march for equality, and work in solidarity with LGBTQIA+ people.  Register to be in the parade as a group or as an individual. 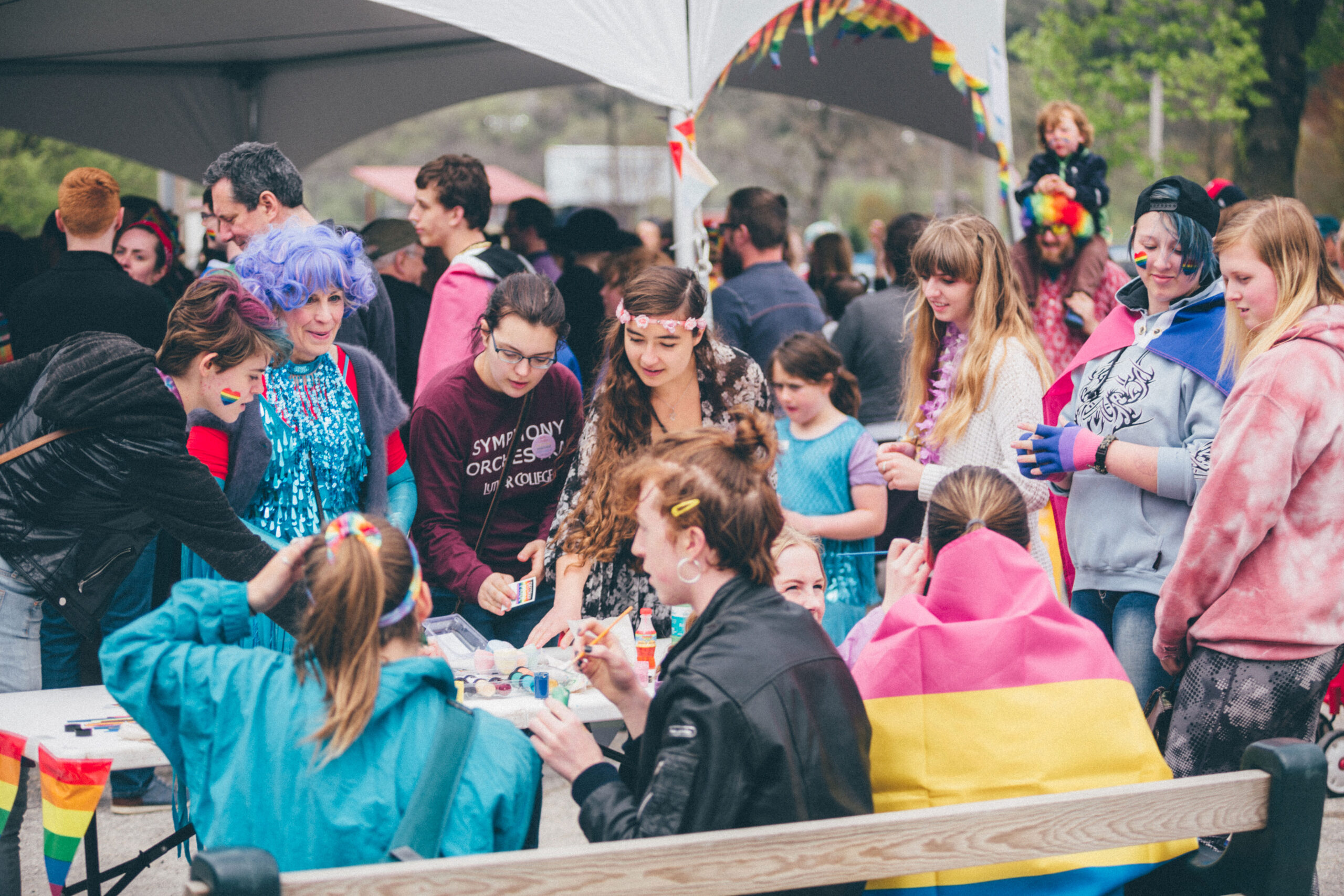 Spend the afternoon being inspired by speakers, delighted by music. Visit vendors, connect with community partners, and enjoy food trucks as the festival continues in downtown Decorah at the corner of Heivly and River St, across from the Post Office. 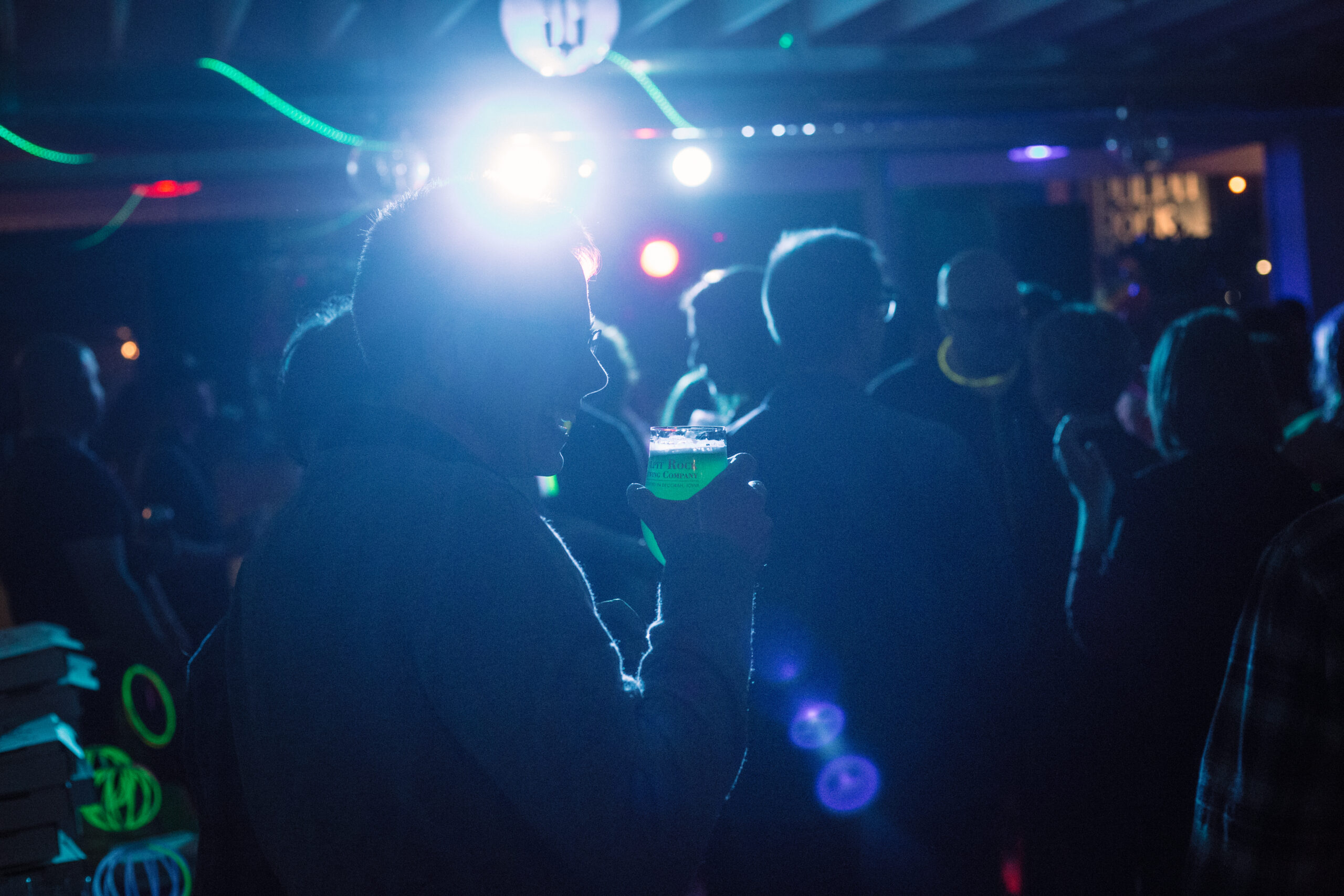 Grab one of the specially brewed beers for the evening and join the DJ outside for an evening of unforgettable tunes and unmatchable fun.  Dance party-goers must be 18+ years old. 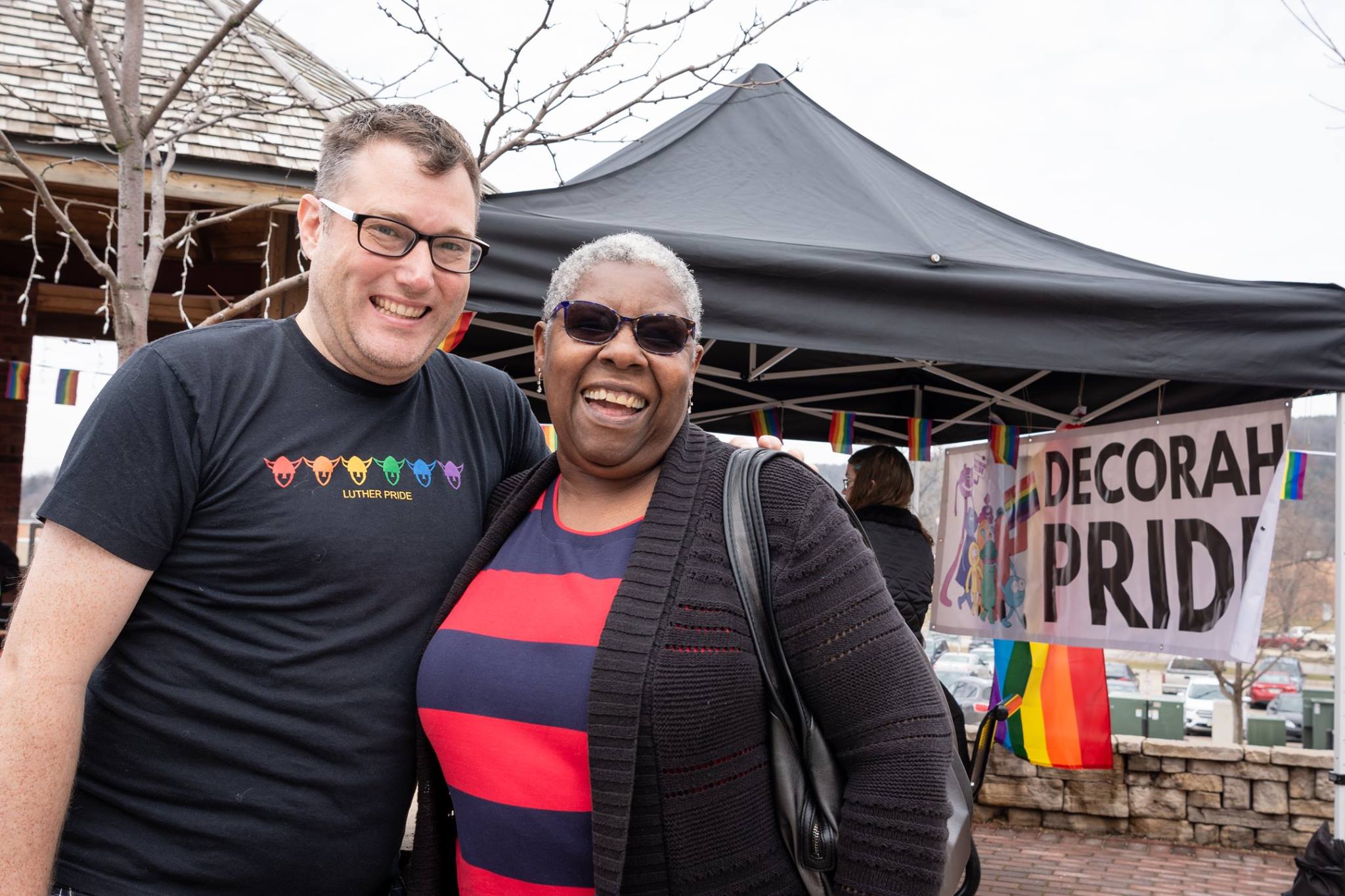 We are an organization that creates spaces and opportunities for the lesbian, gay, bisexual, transgender, queer, intersex, and asexual (LGBTQIA+) communities in Northeast Iowa to connect and collaborate on increasing LGBTQIA+ visibility, celebrating diversity, and unleashing fabulous creativity.